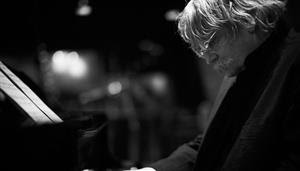 The Royal Academy of Music present a gala evening celebrating alumnus Sir Karl Jenkins’s 75th birthday. The evening features performances of Palladio and Chatterbox and a live sculpting of Sir Karl by Frances Segelman. All ticket proceeds go towards the newly launched Principal’s Fund which provides scholarships and financial support to Academy students.

Sir Karl Jenkins CBE is one of the most performed living composers in the world. The Armed Man: A Mass for Peace was the highest ranked work by a living composer in the 2019 Classic FM Hall of Fame poll and has been performed 2500 times in over 50 countries, including in New York City on the 10th anniversary of 9/11. His recorded output has resulted in seventeen gold and platinum disc awards. Works include the Adiemus series and Palladio alongside compositions for Sir Bryn Terfel, Dame Kiri Te Kanawa and Dame Evelyn Glennie. Sir Karl is an alumni of the Royal Academy of Music and was awarded a Knighthood in 2015.